Spain is Proof That No Team is Perfect 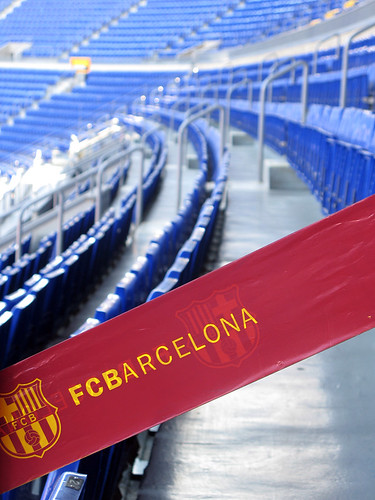 On paper they are the perfect team consisting of one of the best keepers in the world, a strong and experienced top level defense, a midfield so talented that they are matched by none other in the world, and a forward duo that can score from anywhere on the pitch.

But where did it all go wrong for Spain when they matched up against a supposedly mediocre second seeded team in Switzerland?

Before the tournament began I claimed that no other team had a better chance of going undefeated then the Red Fury (I also claimed that if they repeat history, they will choke before the semifinals), but like many of the top level teams the side slipped in the first round.

The one key difference following the first round of Spain’s experience compared to that of Italy, France, or England is at least those powerhouse squads salvaged a point out of their mediocre debut matches and are still realistically in the hunt for a second round berth.   Spain, the favorites, have a tough mountain to climb if they want to continue playing and their own personal history and the history of World Cup teams losing in the first round weighs heavily against them.

Of the 36 teams that have lost their first match in the last three World Cups only 3 total have survived the first round and in the entire history of the World Cup no team has ever won the title following a first match loss.  This doesn’t bode too well for a supposedly cursed squad!

Spain simply never could get the critical finish or lucky break that every winner needs.  They sent a ball off of the post in the 70th minute via Xabi Alonso and missed a few good opportunities in the box early in the match, but nobody on the star studded team was able to step up and be the critical star of this match and the Red Fury still have a very tough Chile team left on the schedule and they now need two wins to secure a second round berth.

But maybe the loss will be a blessing in disguise?  After all it is only their second defeat in their last fifty.  But I doubt right now too many people are seeing the positive side of the loss perhaps humbling the Spanish side because the truth is that the favorites often don’t win the World Cup and in Spain’s case they never have won before.

Sounds like it might be time for a few unlikely streaks to be broken in the World Cup, but more then likely it will be another tough summer for the projected World Cup champions.